Game of Thrones is back!

I shouldn’t even write that and just let you suffer in what you read in case you haven’t been on the internet for the past three days and the latest episode hasn’t been ruined for you already.

So much so I think I have been abhorrently rude to some people in the past, at times bluntly asking ‘how could you not have seen Game of Thrones, what is wrong with you’ and ‘what a sad life’ I mutter as I look disdainfully into my dinner plate and judge you very strongly.

Seriously. What is wrong with you.

I don’t think I have ever fangirled over anything this much since 1997 and Spice World – The Spice Girls Movie was released. 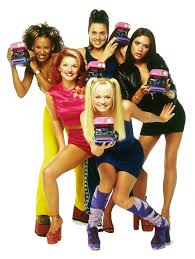 And yes, I understand for those slightly more sheltered the boobs are just HORRIBLE. Well, perhaps it’s not the boobs but that incest thing and the (freaking awesome) gruesome deaths, particulary the freaking awesome gruesome death of faux king Joffrey (this episode has now been titled ‘The Purple Wedding’ – Take that, Lannisters).

As an avid fan, I am almost completely contented with how this fourth series is going. Except for one thing.

Now, I could handle it when the writers and produces decided to change Westerosi-born Jeyne Westerling with Talisa Maegyr.

I could even handle it when they shot an arrow through her pregnant stomach (not at all, I cried like a baby for 3 weeks).

But Daario, no. You do not touch Daario.

Beautiful, flowing locks, with that cheeky and charming personality. Yes he lacked the blue beard, but so does new Daario.

I apologise if you’ve never read the books. This probably means nothing. 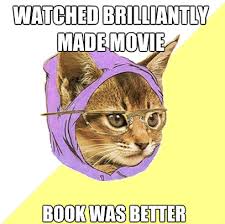 However, much rambling and memes aside. I am just excited to have Game of Thrones back on our screens. Mass-illegal downloads and stern warnings being thrown across the internet to not spoil the new episodes. It’s like having fresh and clean sheets to snuggle into on a cold winters night.

The fourth series is looking to bring all sorts of excitement – Daenerys is still conquering her way through the lands over The Narrow Sea, and our visitors from Dorne are already causing trouble in Kings Landing and elegantly shoving the Lannisters back into their place.

As always with Game of Thrones, there is far too much to talk about and so many story lines it feels like lifetimes between episodes.

Also, I encourage you to listen to Sigur Rós haunting cover of ‘Rains of Castamere’.