When you write a blog, it can helpful to see what’s going on on the day you’re going to post. It’s always good to be able to tie your post with something relevant, or perhaps you just need an idea to begin with.

One thing you can do is look at what movies, albums, books or games are coming out. Remember that time I gushed so hard about Nicolas Cage you could almost see a weird stain on the site’s bottom corner? He had a new movie coming out, and there was my in.

Another way is to see what kind of national days are happening. For example, yesterday was Canada Day, so that would have been a good time to talk aboot all things Canadian. As much as I would like to write an article about ice hockey, being polite or queefs (South Park’s depiction of Canadians is accurate, right?), I can’t, because it’s now July 2nd and that shit is old news.

So what special days are today? There’s many different kinds of days that celebrate many different things, some more worthy than others. Let’s see if there’s anything I can write about…

There’s no major national holidays today, but it is Independence Day in Bahia, a state in Brazil.
I think it became independent from Portugal. Looks like a nice place, I guess.

… I don’t know much about Brazil. 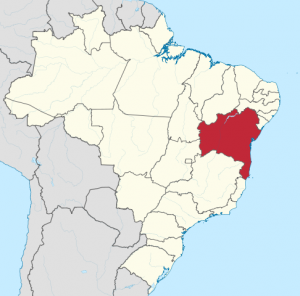 Brazil is the white bit, and according to my sources, Bahia is the red bit.

Okay, that was a bust. Let’s see what else there is.

World UFO Day – a day to ‘celebrate the existence of UFO’s and extra-terrestrial life’ according to the official World UFO Day website. I hope they gave the aliens invites. You know, the ones that totally exist I know because I saw this round blurry thing in the sky one day the government is lying to you…

You know, that anise flavoured liquor everyone loves. It’s Spanish and made from aniseed. There’s an Italian one called Sambuca. You never heard of it? Psh, whatever ignoramus, I totally didn’t have to look it up on Wikipedia.

It’s also horseradish month, because a day isn’t quite enough to bask in the majesty that is horseradish.

I’m getting nowhere, is today ‘obscure day day’ or something? One last search…

I Forgot Day… Oh, what the fuck?

I Forgot Day – a day to make up for other, more important days one has forgotten, such as birthdays, anniversaries. 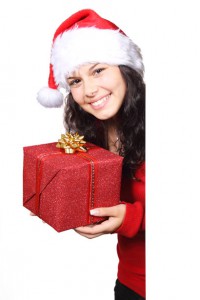 No, that day to make up for those is the day after you forgot them.

Anything and everything can be a day, it seems. You just need something you like and some initiative.

As such, I’d like to declare tomorrow, July 3rd, is:

I don’t care what it is, I just like getting packages in the mail. And if you know another Lucas Di Quinzio, send them something, too.

Come on, dear readers, let’s get this ball rolling.